Home / About Us / Our Captains 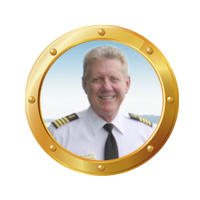 (100 Ton Masters Near Coastal, Sail, Towing) Captain Faughn grew up in the Midwest boating for almost all his life. Formally, Jim started his career as a chief engineer at KXEO/KWWR then moved on to a technical college for 26 years where he taught and was promoted to vice president. His responsibilities ranged from instructing teaching methodology, evaluating faculty and he was responsible for all long-range planning for the institution. He has owned his own boat since he was 17 years old.

Owning both power boats and sailboats, Jim has spent 5 years cruising full-time with his wife on a Gemini 105 catamaran. He has since decided to settle down again in southwestern Florida and cruises part-time. His trips have taken him over 19,000 miles from Kentucky Lake through the Tenn-Tom waterway, the west coast of Florida to Key West and cruised the Bahamas 7 different times, ranging from the Jumento’s, Exumas, and Abacos. Captain Faughn has traveled the east coast several times cruising the Chesapeake, passing through New York Harbor into Long Island Sound. Jim has ASA certifications in four areas and holds a Coast Guard masters near coastal license for both power and sail and a commercial towing endorsement. Captain Faughn teaches classes online for TrueCourse. 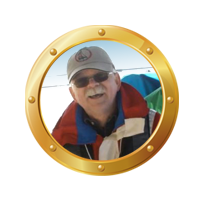 Randall J. (Randy) Davis recently retired as the Education Coordinator for the St. Francois County (Missouri) Ambulance District though still working part-time there as an EMS educator. He has been a gubernatorial appointee to the Missouri State Advisory Council on EMS from 1998 to 2013 and is a Nationally-Registered Paramedic. Mr. Davis is a licensed Paramedic in Missouri and Kentucky. He has also been a contract subject matter expert instructor for the Federal Emergency Management Agency teaching Integrated Emergency Management Courses at the National Emergency Training Center in Emmitsburg, Maryland.

Randy holds an Associate’s Degree in Emergency Medical Technology from Jefferson College and a Bachelor’s Degree in Business Administration from Fontbonne University. Mr. Davis completed his Paramedic training at St. Louis University in 1981. He has completed both the State of Missouri 40 hour EMS instructor course and the National Association of EMS Instructors 40 hour instructor course. He is an EMS Instructor and Regional and Training Center Faculty for the American Heart Association for CPR, First Aid, Pediatric Advanced Life support, and Advanced Cardiac Life Support. Mr. Davis is an instructor or affiliate faculty in multiple nationally-accredited emergency medical and life support classes.

Captain Randy is a United States Coast Guard-Licensed Captain with Masters and Auxiliary Sail Endorsements. He has been sailing for 3 decades.

Randy and his wife, Kathy, a registered nurse, enjoy sailing their 41 sailboat at Kentucky Lake and chartering sailboats in the Caribbean. They also delight in cruising and RVing. 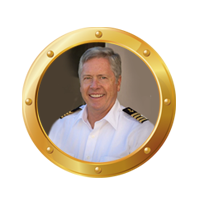 Ron Harr is a native Tennessean. He was born in Memphis and raised in Bristol. He is a graduate of McCallie School and the University of Tennessee at Knoxville (B.S. – Communications, 1976).

He had a long career with AT&T in Nashville, Chattanooga and Knoxville. He was the District Director for East Tennessee in 1995, when he came to Chattanooga to join BlueCross BlueShield of Tennessee.

For 16 years he led the statewide communications and government relations activities of the BlueCross. In 2002 he was named CEO of BlueCare, the company’s largest subsidiary serving Tennessee’s Medicaid population.

He retired from BlueCross in 2011 and was named President and CEO of the Chattanooga Area Chamber of Commerce in 2012. For 3 years, he led the Chamber to record membership growth and job creation before retiring late in 2014.

He is enjoying retirement by using his Coast Guard Captain’s license to pilot the River Gorge Explorer and is also teaching new boat owners to drive their boats. He and his wife Linda have 4 grown children and are learning the joys of grandchildren. 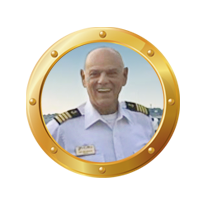 Captain Ken started boating in his teens as a Sea Scout on Lake Michigan. He continued his boating/sailing hobby while in the Army (retired as a Colonel). The Engineering firm he started in Fairfax, Virginia gave him ready access to Chesapeake Bay where he participates in the Great Chesapeake Bay Schooner Race from Annapolis to Norfolk, races locally on a Benateau 367, and teaches at The Sailing Academy. He took the German Offshore Course in the Aegean Sea, sailed numerous times in the North Atlantic, and has instructed sailing in the Caribbean.

After selling his company he attended the True Course Captains class. His first job was driving a 69-passenger tour boat in Washington DC. Captain Ken has a USCG 100 Ton Master’s license with sailing and towing endorsement. He also holds ASA Instructor certification up to and including Advanced Coastal Cruising (ASA106).